Stop With The Small Church Suspicion 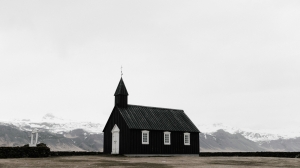 Over the last bunch of years, as the American church has emphasized church growth, many American Christians have arrived at asking a particular question as part of their internal dialogue when assessing a church. The elephant-in-the-room question has become, “Doesn’t being small mean something is missing or even wrong?” In the same way we completely overlook the potentially much better no-named laundry detergent on aisle 5 because it’s on the bottom shelf with only one row of bottles, and we assume the new and improved Tide is the “best” because the rest of aisle 5 is loaded with unending rows of it right at our eye level, in that same way we tend to do this same thing when we look at small churches. We’re pretty well-trained to think: small = lacking, and big = significant.

So I decided to do some digging around. You see, I read about these influential early church congregations in the book of Acts – churches like Antioch, Ephesus, Philippi – and because of my “bigger is better” grid, I find myself assuming these churches had to have a healthy size attendance, or what church people call “critical mass.” You know, they had to have had some critical mass of 250 or 300 or more congregants. What I actually discovered is quite interesting.

Recent archeological digs have discovered a meeting room of the Lullingstone Villa house church in Kent, England (built during the Roman occupation) that measured approximately 15’ x 21’. By modern standards this would seat about 50 people. In addition, an examination of floor plans in Pompeii shows typical atriums measuring 20’ x 28’. This would seat between 60 and 80 people.The ESV Study Bible notes that early Christian churches “met in homes . . . There is extensive archaeological evidence from many sites showing that some homes were structurally modified to hold such churches.” One such modified home known to host a church was found in Dura-Europos, Syria. It could, according to the archaeologists who excavated it, seat 65 to 70 people. [Graydon Synder, Church Life Before Constantine (Macon, GA: Mercer University Press, 1991), p. 70.] Jerome Murphy-O’Connor measured six homes in Pompeii and Ephesus and found the average atrium size to be 797 square feet. [Jerome Murphy-O’Connor, Saint Paul’s Corinth: Texts and Archaeology (Collegeville, MN: Liturgical Press, 2002), p. 18] This would seat around 100 people. It seems as though what we define as “small churches” were very much the vitalized size of influential congregations that met in these Roman villas during the first and second centuries. Oh, and as first century congregations grew, they did not erect bigger and bigger buildings – they planted new churches.

So I have one word for all of us who still wonder,“Doesn’t being small mean something is missing or even wrong?” My word is – Stop. Just – stop. The size of a church does not automatically equate with something being wrong or missing.